Folk Narratives from Derventa and its surrounding 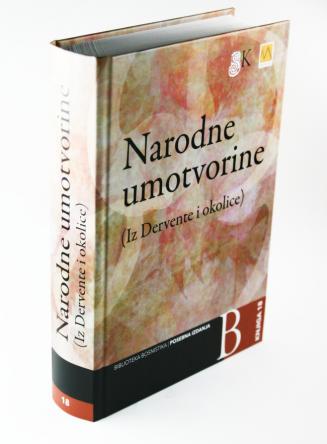 The book titled Narodne umotvorine (IzDervente i okolice) (Folk Narratives from Derventa and its surrounding), is a proceedings of oral lyrical and lyrical-narrative songs that where collected in the wider northern region of Bosnia during the thirties and forties of the twentieth century. The proceedings was designed by the teacher, Smail O. Bradaric, during his decennial teaching work in Derventa, and then, in the 1950s, sent to the address of the National Museum of Bosnia and Herzegovina. The manuscript was prepared for publishing by the curator for oral poetry NirhaEfendić,PhDwho also made the introductory study in which she presented her fieldwork, as well as her endeavors to find the traces and methods of the recorder's work, and to reconstruction of his biography.