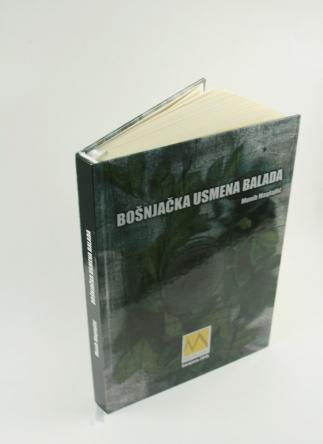 Poem called oral ballad, which has been rooted for centuries in the oral literature of Bosniaks, has evaluated in its comprehensive appearing in the literary-theoretical and literary-historically focused way by prof. dr. Munib Maglajlić and offered in the manuscript titled Bosniaks' oral ballad. In a proportionally refined form, however, exposed to the excellence of a research eye, the manuscript remained on the table, waiting for the last, ultimate Professor's words. The manuscript, according to the wishes and recommendations of the inheritor, Mrs. Medhija Maglajlić, was edited by the curator for oral poetry of the National Museum of BiH, dr. Nirha Efendić, and the National Museum, published in the sign of the 130th anniversary of its publishing activity, in February 2018.